The truly shocking reason why ‘electrocuted’ and ‘shocked’ are not as synonymous as you may think. 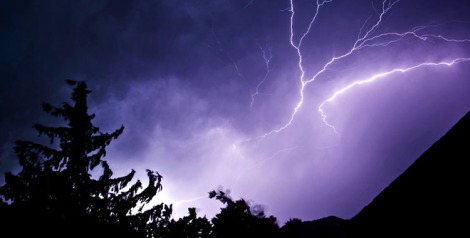 While many believe that ‘electrocuted’ and ‘shocked’ describe the same experience, this isn’t always the case, and they are not always interchangeable.  Even seasoned writers can accidentally overlook the vital difference between these two words.  To explain how they differ, let’s try very hard to picture the following scenario: someone is performing some do-it-yourself electrical work, perhaps installing new wiring. Now, our home handyman (or handywoman, if you prefer) isn’t very competent. During the installation, something goes horribly wrong, and they find themselves briefly exposed to an electrical current, which they survive. Has our handyperson just been shocked? Yes. Have they been electrocuted? No.

If you’re saying I already knew that, congratulations. Here’s a picture of a cuddly koala for your truly outstanding mastery of the English language:

But for those who aren’t sure, the difference is this: to be electrocuted, death needs to occur. So unless the electrical current was strong enough to kill our poor handyperson, they were not electrocuted, but merely suffered an electric shock.  ‘Electrocuted’ is only used when the shock leads to death. Let’s pretend that just down the road from our handyman, there’s a lightning storm, and some unfortunate soul is fatally struck by lightning. We can say that this person was electrocuted, as the electric shock resulted in death.

Let’s say that even further down the road from our handyman is a jail housing a very bad criminal who’s been sentenced to electrocution (Please note that The Wordict does not condone the death sentence). The electric chair is a form of execution that results in death through electricity, therefore it too can be called electrocution. Here’s an easy way to remember the key difference between ‘electrocuted’ and ‘shocked’: ‘electrocute’ rhymes with ‘execute’, which means to kill. Just remember that to execute, you electrocute, and you’ve got it. Too easy! (Though we still don’t condone executing or electrocuting anyone…)

Now, all these people we’ve imagined? It’s time to bid farewell to them, for they’ve taught you well, and you have no need for them now you know the important distinction between these two words. So the next time you overhear someone say they’ve been electrocuted, congratulate them on their swift and miraculous recovery from death! Or, you know, you could just inform them that the correct term is ‘shocked’.

– ‘Electrocuted’ can only be used when an electrical shock results in death.

– If death does not occur, the term ‘shocked’ should be used.

10 responses to “The Difference Between ‘Electrocuted’ and ‘Shocked’”